Your Guide to Planning, Planting, and Growing Heuchera

Heuchera, commonly known as coral bells, have come a long way in the past 30-40 years. Plant breeders have transformed this family of North American natives into a new category of must-have perennials for today's home gardener. There are now dozens of heuchera varieties to choose from, with foliage colors that range from lime green and butterscotch to burgundy and almost black. 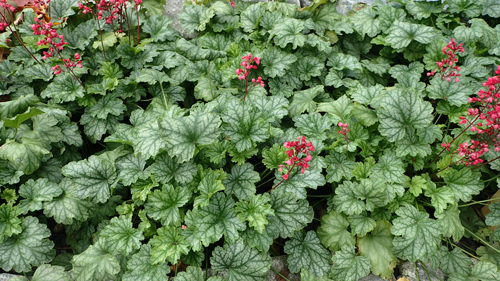 What to Know About Heuchera

Heucheras are herbaceous perennials that typically grow about a foot tall and have a mounding habit. The leaves are 3 to 5” across, on long stems that emerge from the base of the plant. Though heuchera are usually grown for their ornamental foliage, most varieties also produce a nice display of flowers. These airy wands of cream, pink or red bells are subtle, but make nice cut flowers and attract hummingbirds.

Though some varieties of heuchera will tolerate heat and humidity, they are general considered cool climate perennials. If you live in a warm climate (zones 7-8), look for varieties that have Heuchera villosa or Heuchera americana in their parentage. Both of these species are native to the southeast and their offspring usually have large, felted leaves. Examples include 'Southern Comfort', 'Georgia Peach', 'Caramel' and 'Fire Alarm'. 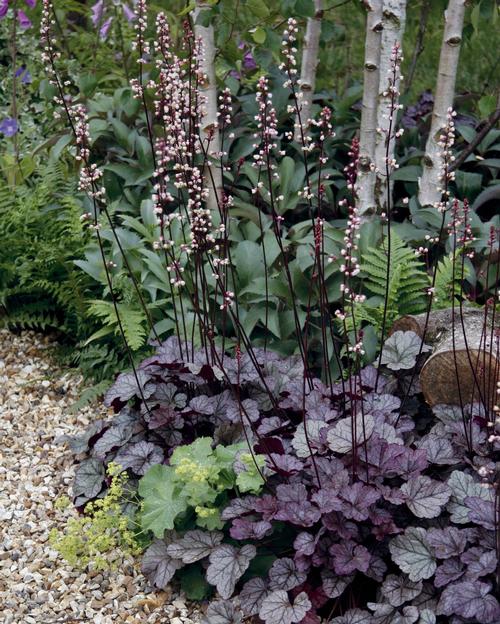 Heuchera are usually considered shade lovers and they do generally prefer growing in partial shade or morning sun. Yet in all but the warmest areas, most varieties will also grow in full sun. One thing heucheras don’t like is soggy soil. During the growing season, wet weather or overwatering can cause the plants to rot. During winter, heavy, wet soil may cause the plants to heave out of the ground. If possible, choose a planting location with well drained, humus-rich soil.

Most herbaceous perennials die back to the ground in late fall. Heucheras usually come through the winter with old leaves still attached to the base of the plant. Don't hesitate to cut away these tattered leaves, as the plant will soon produce a nice display of fresh foliage. Heucheras should be divided every 3 to 5 years to maintain vigor. 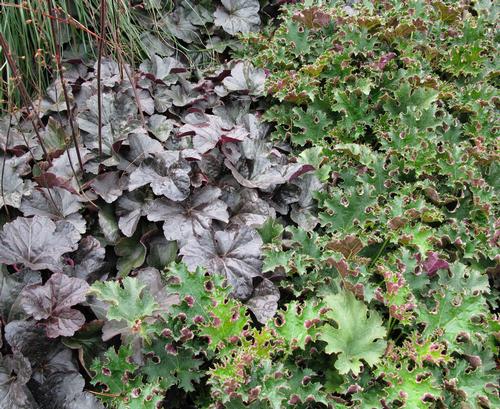 How to Use Heuchera in Your Garden

Heucheras are excellent companions for other shade loving plants such as ferns, hostas, pulmonaria, hellebores, astilbe and spring bulbs. In the north, they can be grown in full sun, so are useful for filling out the front of a perennial border. Heuchera also grow well in containers. Try pairing them with other interesting foliage plants such as oxalis, carex and hakonechloa.

With so many varieties to choose from, how do you decide which heuchera to add to your garden? During 2012-2014, the Mt. Cuba Center in Delaware evaluated 83 varieties of heuchera. They concluded that the best performers were Citronelle, H. villosa ‘Bronze Wave’, Cajun Fire, Color Dream, Steel City, Carousel, Apple Crisp, Frosted Violet, Southern Comfort and Spellbound. Also highly rated were: H. villosa ‘Autumn Bride’, Brownies, Creole Nights, Dark Secret, Guardian Angel, Miracle, Pinot Noir, Plum Pudding and Rachel. You can read about the full results of the trial here: 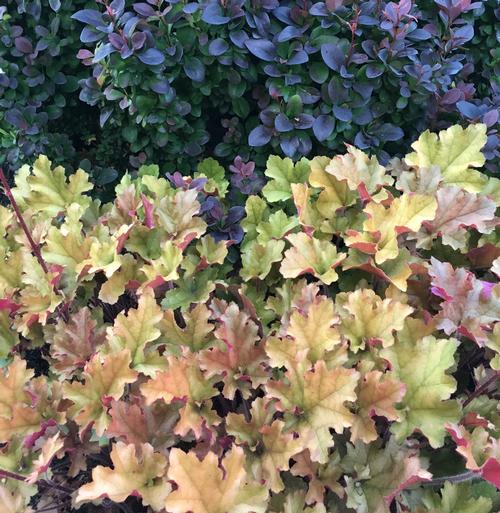 When shopping for heucheras, you may also run into plants called heucherellas. These perennials are a cross between heuchera and the native plant tiarella (also known as foam flower). Heucherellas combine the disease resistance and high moisture tolerance of tiarellas with the colorful foliage of heucheras. Gardeners in humid climates often have better luck growing heucherella than heuchera.

See our selection of heuchera HERE.

To learn more about shade loving plants, you may be interested in reading:

Choosing Plants for Sun or Shade

Best Ferns for Gardens and Landscapes 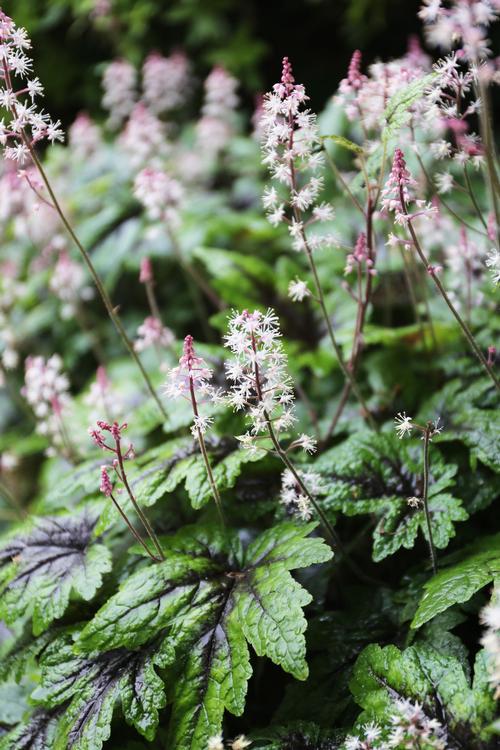 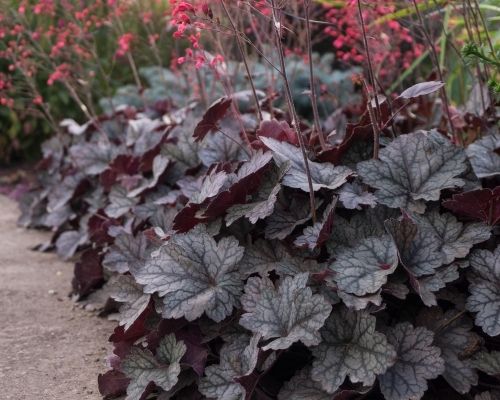 Choosing Plants for Sun or Shade