See How a Garden Designer Combines Alliums and Perennials

Every perennial garden looks better with alliums. The many shapes and sizes of their globe-like flowers invite all sorts of creative possibilities. For suggested pairings, we asked award-winning APLD-certified garden designer Nick McCullough to design two allium-themed gardens. The first, “Bountiful Blooms”, combines alliums with plants such as peonies, lady’s mantle, salvia and Russian sage. 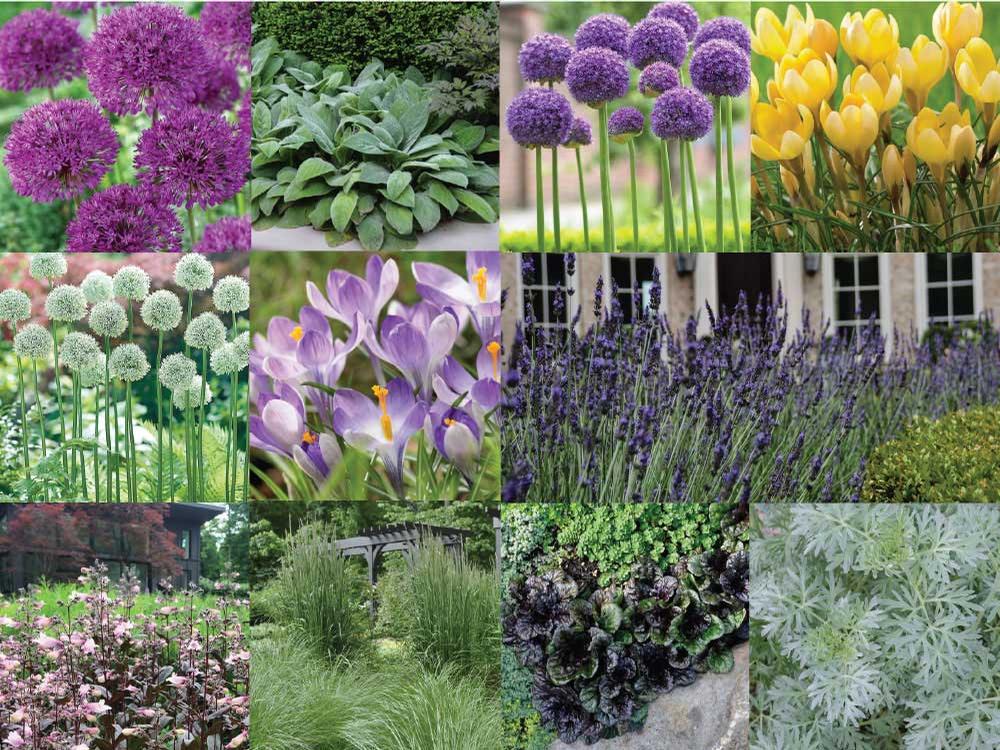 Nick’s second garden design, “Daring Forms”, emphasizes foliage over flowers. It reflects the influence of “Dutch Wave” plantsmen such as Piet Oudolf, Henk Gerritsen and Karl Foerster, who are known for combining rugged plants into sophisticated designs that look entirely natural. This approach is now commonly known as the “New Perennial Movement” or “Naturalistic Design”. Outstanding examples of this design approach include the High Line in Manhattan and the Lurie Garden in Chicago.

The garden was designed for a sunny, 10’ x 18’ area, but can easily be modified for almost any space. You can also use the design as inspiration for an existing garden and incorporate just a few of the pairing. (The full design and plant list are at the bottom of this page.) 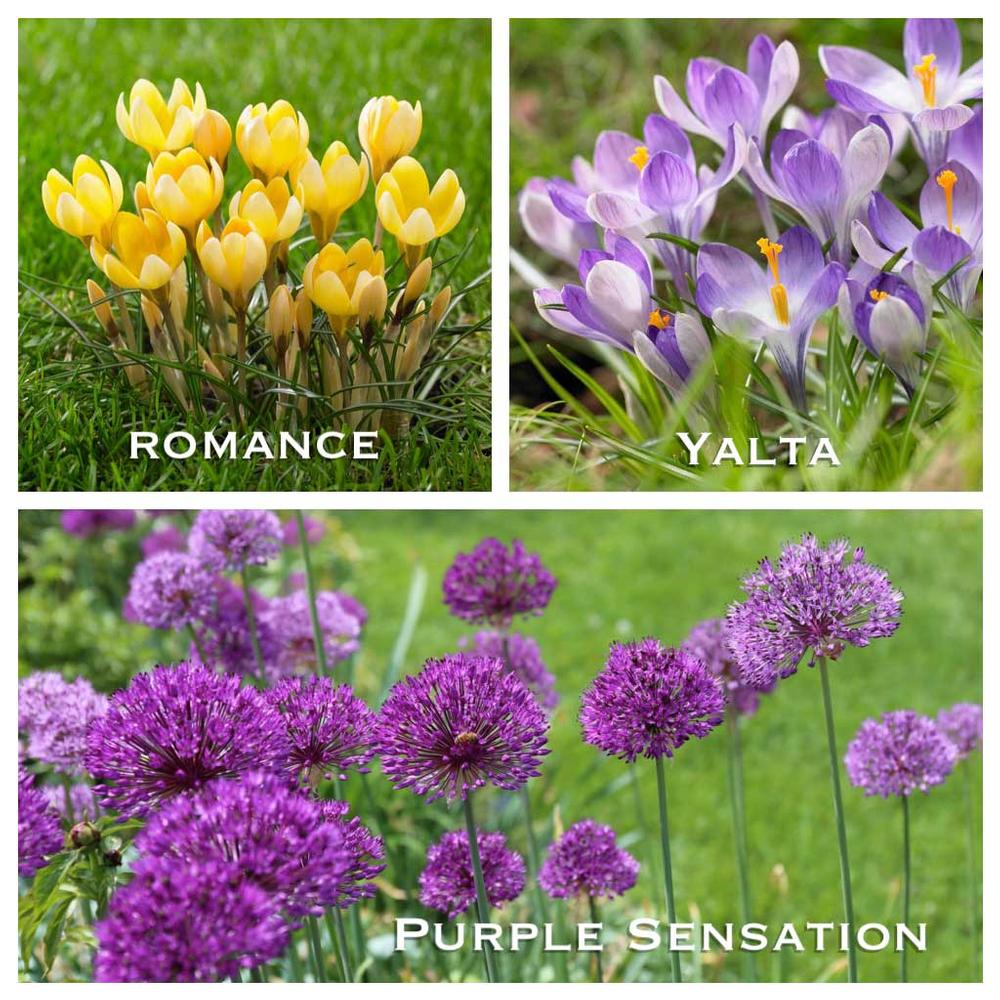 As spring unfolds and early peonies are starting to bud, allium ‘Purple Sensation’ bursts into bloom. The sparkling, 3 to 4” diameter flowers are the color of raspberries. The bulbs multiply over time, but they're also relatively inexpensive, so you may want to plant extras to enjoy an even more impressive show. 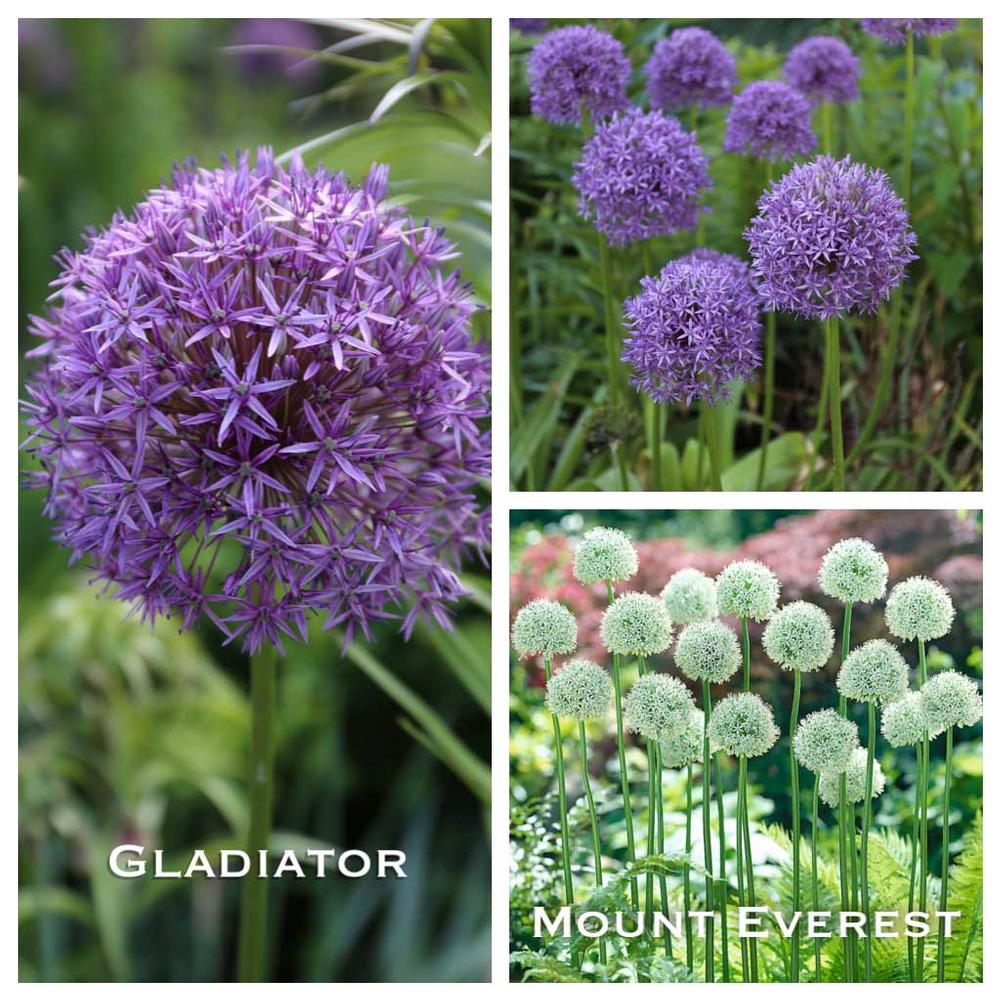 The next allium to bloom is ‘Mount Everest’. Its flowers are very similar to Purple Sensation in size and height, but rather than purple, the blossoms are snowy white. As with all the alliums, bees and butterflies crowd the blossoms from dawn to dusk.

‘Gladiator’ brings the allium season to a close with its spectacular 6” flower heads on sturdy, 3-foot stems. You’ll get 3 to 4 weeks of enjoyment watching these flowers go from bud to bloom. After the color has faded, the seed heads can be left in the garden or be cut and brought indoors. 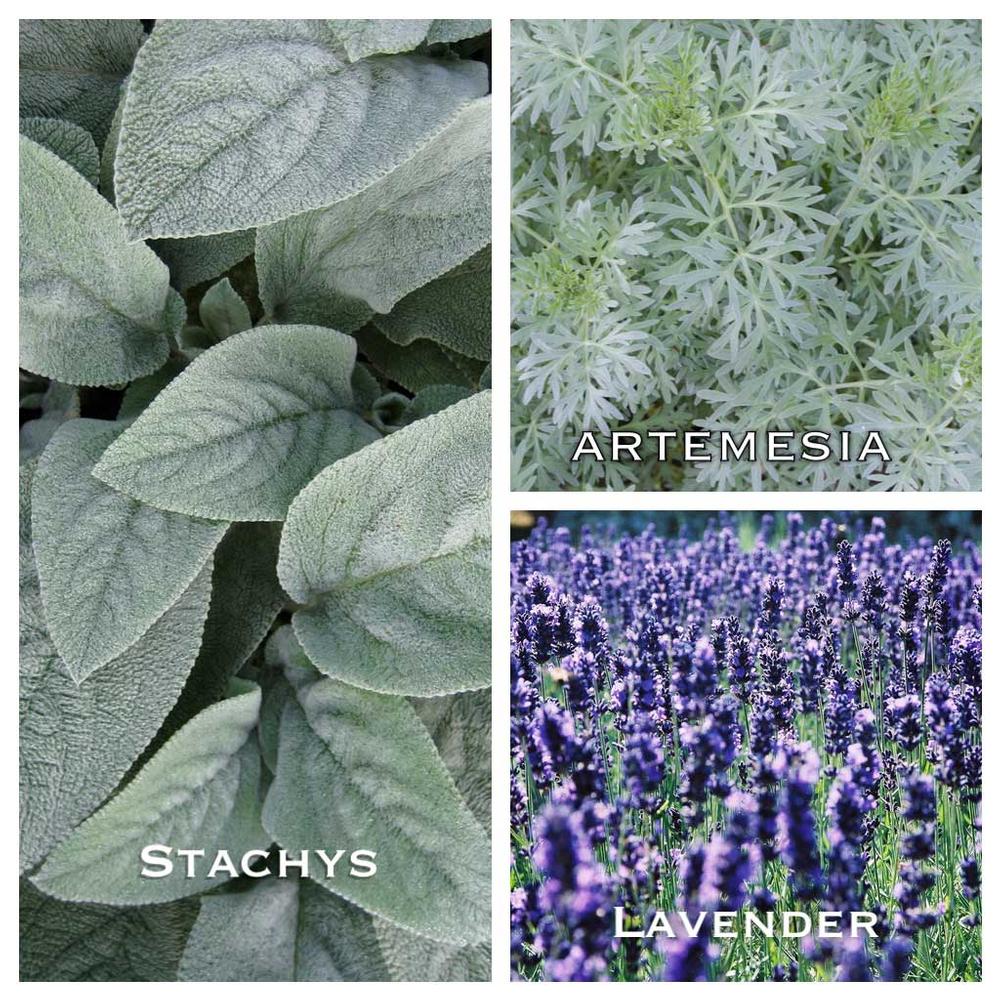 Three silver-leaved perennials give this garden a feeling of coolness and calm.

Stachys byzantine ‘Helen von Stein’ is commonly known as lamb’s ears. Its fuzzy, grey-green leaves are larger than other varieties and the plants rarely produce flowers. The foliage fills out early in the season and retains its good looks right through the fall.

Artemisia ‘Powis Castle’ is an outstanding cultivar of wormwood, with a low, mounding habit and lacy foliage. Though it doesn’t flower, the attractive foliage stays attractive from spring through fall.

Another striking perennial in the Daring Forms design is Lavandula x intermedia ‘Phenomenal’. This tall-growing lavender has fragrant, grey-green foliage and wands of violet-purple flowers. It is extremely cold hardy, yet also tolerates heat and humidity. 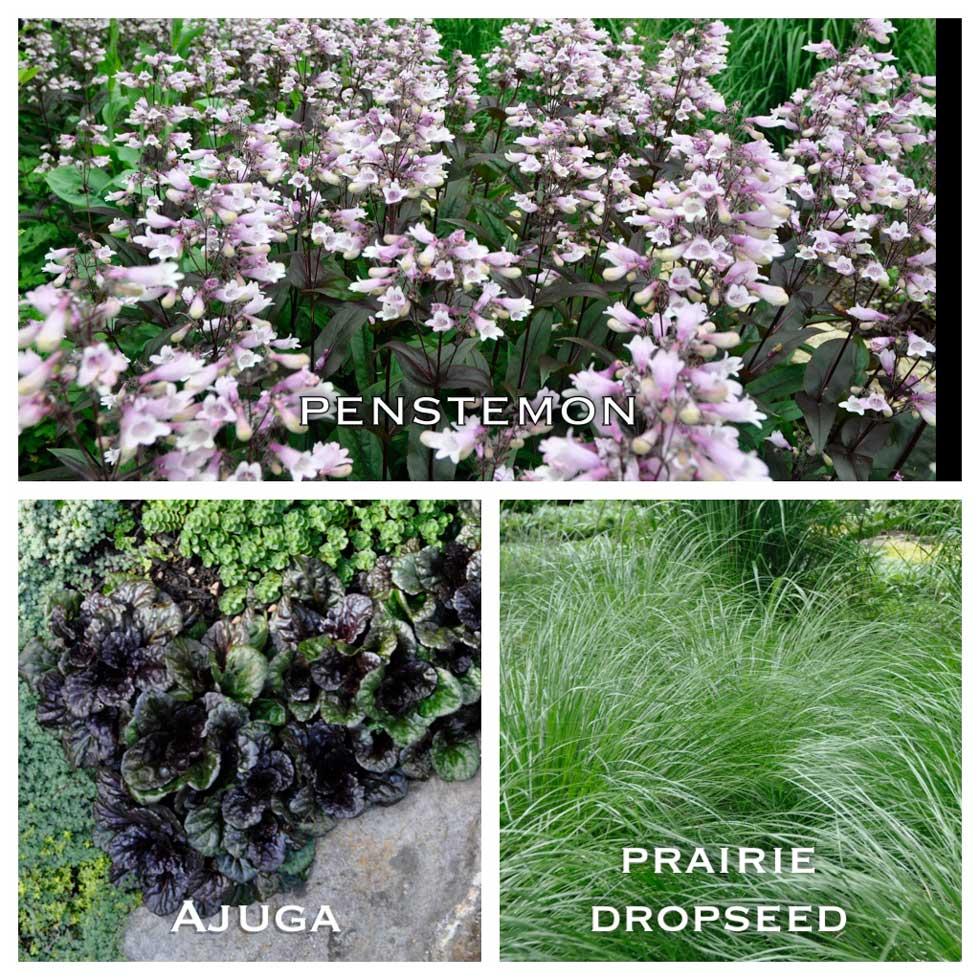 Ajuga reptans ‘Binblasca’ has glossy, burgundy-black leaves with lots of bumps and ridges to catch the light. With room to spread and adequate moisture, ajuga will form a lush, low-growing mat of foliage.

Completing the garden is an ornamental grass, prairie dropseed (Sporobolus heterolepis). This slow-growing, clump-forming perennial is native to Missouri and tolerates a wide range of soils. With its fine texture, emerald green color and fountain-like shape, prairie dropseed has a striking effect in the garden.

Garden designer Nick McCullough is the owner of McCullough's Landscape and Nursery in Columbus, OH. He is author of the popular garden blog: Thinking Outside the Boxwood and his Pinterest account (nickgardenguy) has more than 3MM followers. 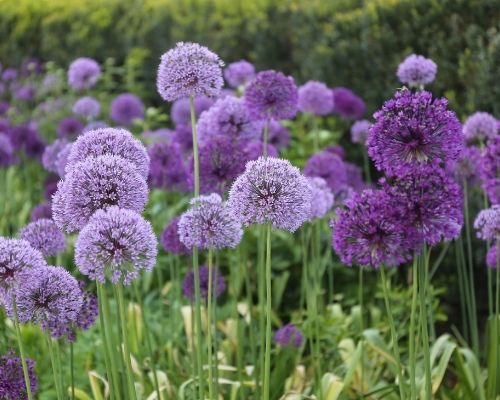 Alliums for Every Garden

How to Plant Allium Bulbs (video)